Perceptive Engineering is owned and operated by a team of experienced senior managers and advanced process control professionals.

David co-founded and became Managing Director of Perceptive Engineering Ltd (PEL) in 2003. He has assembled a team of engineering professionals who have grown the software and consultancy business into a reputable and highly regarded company.

David has more than 20 publications and numerous articles to his name and has been involved with APC for over 20 years, commissioning Model Predictive Control for evaporators, spray dryers, crude oil columns, anaerobic digesters, boilers and furnaces, to name but a few.

John is a founding member of Perceptive Engineering. He is a Chartered Engineer with a BEng/NZCE from Auckland University and 12 years' experience in Advanced Process Control systems.John's role is to project manage, develop, deliver and support APC and optimisation systems in the pulp and paper, nutritional powders, water treatment and pharmaceutical industries. He is also involved in software development, system integration and business development.

Keith is one of the original founders of Perceptive. He has over 20 years experience in Advanced Process Control.

Matthew is the lead engineer for all of the Perceptive Engineering’s activities within the water and wastewater sectors.He has been involved in the design and commissioning of advanced control, optimisation, and monitoring applications for over 15 years, and is one of the founder employees of Perceptive Engineering. He is also the lead engineer on our Formulated Products team.

Andy has over 20 years in software development and was one of the principal founders of Perceptive. Following his success as the Software Manager for the University of Manchester's Control Technology Centre, he became a Senior Systems Engineer and Performance Engineer with Sun Microsystems. Andy continues to develop and refine the PerceptiveAPC suite of online and offline software tools.

Andy joined in September 2012, but has an association with Perceptive going back to the start of the company. Prior to joining, he was a senior development manager at Invensys. Andy has 20 years of experience in the development, QA, and management of simulation and online control software for multiple industry sectors.

Simon joined Perceptive in 2007 after a long career in specialty chemicals within the process industries.

Julian joined the Board of Perceptive in 2007 as a non-executive director, becoming Chairman in 2012. Prior to Perceptive, he was the Operations Director of Safeline, the global market leader in metal detectors. Following their sale to Mettler Toledo, Julian became Group Managing director with responsibility for all aspects of the management of this £50m turnover / 500 employee business.

Nick Qualified as a Chartered Accountant in 1977 and has held the position of Finance Director in a number of companies,predominantly in the manufacturing and construction sectors. He has experience of acquisitions and disposals as well as refinancing, treasury and general financial management.

After graduating in Applied Physics, Allan built a career in engineering and business management. His most recent role was MD of Hydratight Ltd a £20 million specialist engineering company in the oil and gas, power, chemical and heavy engineering sectors. He joined Perceptive on formation of the company. 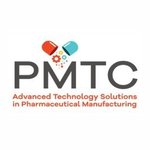 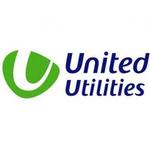 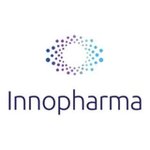 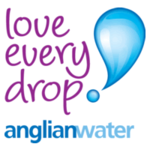